How does Active Directory replication work?

AD replication can be broken down into four basic operational components:

Deciding What to Replicate

AD maintains multiple attributes for each object. For example, a user object has attributes such as password, account lockout status, user name, and so forth. Each attribute is versioned independently, letting AD replicate only attribute changes. For example, when a user changes his or her password, only that particular attribute receives a new version number and is replicated to other domain controllers (rather than replicating the entire object). 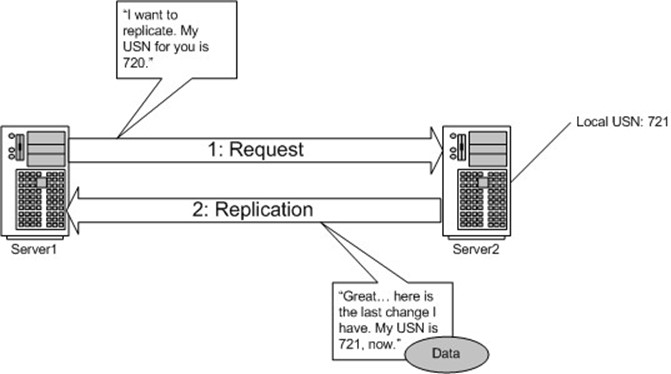 Dealing with conflicts is also important because it's possible for a single attribute to be changed on two domain controllers at once (for example, two administrators might attempt to change the same user's password at the same time). A replication collision occurs when a single attribute is changed on one domain controller, while a previous change to that attribute is still in the process of replicating. To help resolve collisions, AD maintains a property version number for each attribute in the directory. USNs are server-specific, whereas property version numbers are attached to each attribute in the directory and are replicated along with that attribute.

For more information about how AD handles replication conflicts, see the Microsoft article "How Conflicts Are Resolved in Active Directory Replication."

The AD replication topology allows loops—particularly within a site in which a ring-based topology is the norm. In theory, these loops could result in change being replicated infinitely around the loop. However, AD replication has a built-in propagation dampening scheme, which detects and stops looping replication data. 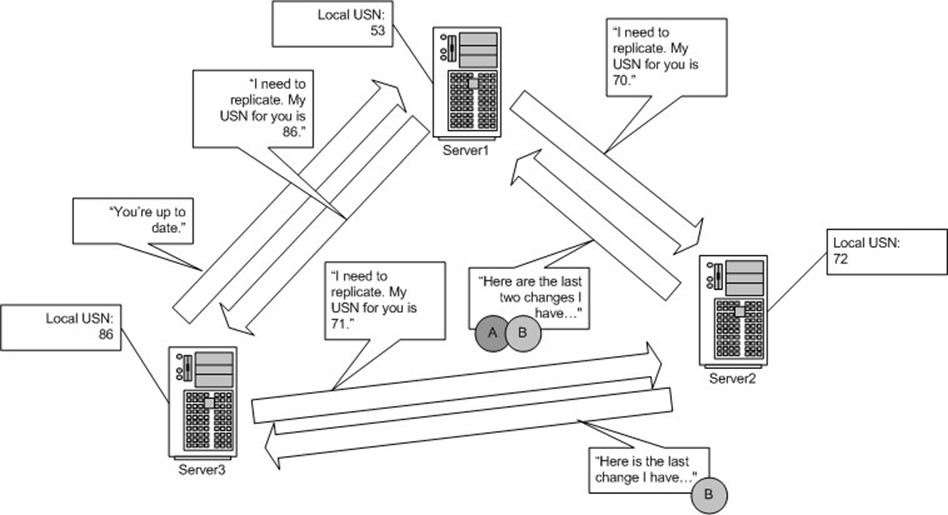 Domain controllers don't always inform their partners of changes as soon as those changes occur. For most changes, domain controllers wait about 5 minutes before sending a notification. This time period allows an administrator to make several changes and have them replicated in one batch, rather than the domain controller sending out independent change notifications for each minor change. However, certain types of security-sensitive changes—such as the lockout status of a user account—are considered high-priority and are always replicated immediately.

You can modify the default intrasite replication interval. For details, refer to the Microsoft article "How to Modify the Default Intra-Site Domain Controller Replication Interval." 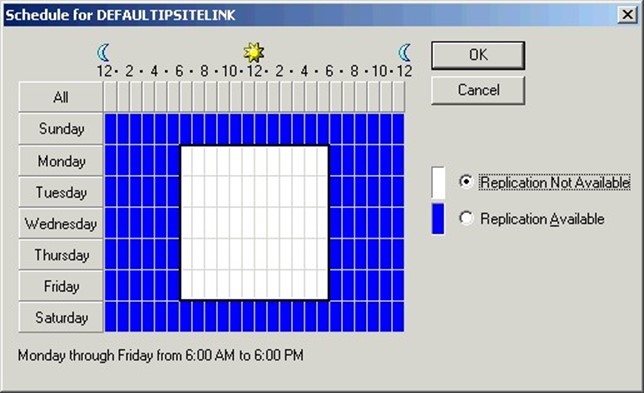 Replication can use either IP or Simple Mail Transport Protocol (SMTP) as a transport. IP is the standard intrasite transport and the default intersite transport. Replication actually uses IP to carry remote procedure call (RPC) traffic, uses Kerberos to mutually authenticate both replication partners, and uses Microsoft's CryptoAPI to encrypt the replicated data for maximum security.