SSL Decryption: Why, Where and How

Why: The Case for Decryption

Internet traffic encrypted with Secure Sockets Layer or Transport Layer Security protocols – SSL and TLS, respectively – is on an explosive upturn. According to the Google® Transparency Report: "Desktop users load more than half of the pages they view over HTTPS and spend two-thirds of their time on HTTPS pages."

Given the primary benefits of encryption – the private and secure exchange of information over the internet, and compliance with certain regulations, such as the Health Insurance Portability and Accountability Act and the Payment Card Industry Data Security Standard, or HIPAA and PCI DSS – the upward trend in SSL adoption is expected to continue. The next major revision of HTTP 1.1 is HTTP/2, and although the standard itself does not require encryption, most client implementations have stated they will only support HTTP/2 over TLS, which effectively makes encryption mandatory. Major browsers, including Chrome®, Firefox®, Safari® and Internet Explorer®, are in various stages of marking HTTP webpages "not secure."

Encryption is a great means for secure and private business information exchange, and it is necessary for compliance. However, encrypted traffic is essentially opaque data that leaves organizations blind to security threats contained inside. Unfortunately, criminals have learned to exploit this lack of visibility and identification to hide from security surveillance within encrypted traffic and deliver malware. Even legitimate websites that use SSL can be infected with malware. Moreover, attackers increasingly use SaaS applications to deliver malware. An attacker can place an infected file in a legitimate shared folder in an organization's sanctioned file storage application, such as Box or Dropbox®, and from there, the infected file can easily spread to users who sync their files with the folder.

Without the ability to decrypt, classify, control and scan SSL-encrypted traffic, it's impossible for an organization to adequately protect its business and its valuable data from modern threats. This is where SSL decryption – the ability to decrypt, inspect and re-encrypt internet traffic before it is sent to its destination – comes into play. Decryption, one of the "10 Things Your Next Firewall Must Do," is required for several security-related actions, including threat prevention, advanced malware prevention, file blocking, data filtering and blocking of malicious webpages.

Where Should You Decrypt? The Options

Many technical options are available to decrypt traffic on your network, including web proxies, application delivery controllers, SSL visibility appliances and next-generation firewalls. Where it's best to decrypt SSL traffic depends on which option provides the greatest protection with the least management overhead – in other words, maximum security return on investment.

A web proxy acts as a "middleman," decrypting and inspecting outbound traffic before re-encrypting it and sending it to its destination (see Figure 2). However, web proxies are limited to inspecting and securing web traffic, which includes HTTP and HTTPS. They are typically deployed on well-known web ports, such as 80 and 443. If an application uses non-web ports or protocols, web proxies can't see the traffic, defeating the purpose of gaining complete visibility and control over encrypted traffic on your network. It's like deploying airport security in only one major airport and leaving the rest exposed. Proxies also require you to modify your browser's proxy settings or use a proxy auto-config file, which adds more management overhead and another area to diagnose if users can't access the internet. 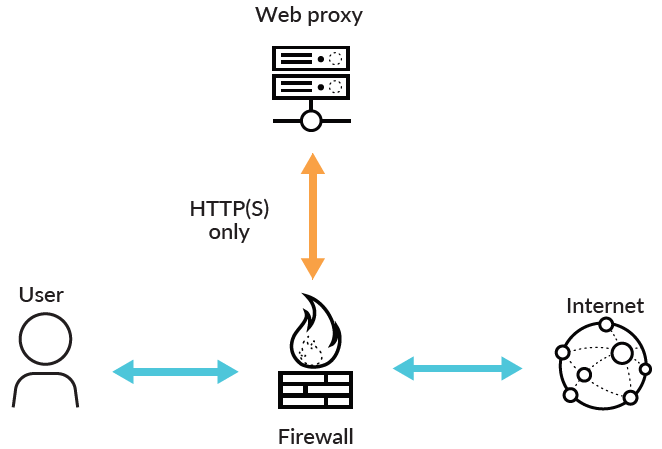 Figure 2: Decryption and re-encryption by a web proxy

SSL offload is one of the functions performed by Application Delivery Controllers. An ADC deployment usually requires two separate boxes – one to decrypt traffic and one to re-encrypt.

The problem with ADC deployments is that traffic travels unencrypted between the ADC devices, meaning rogue IT personnel or anyone with access to the physical network connecting the devices has easy access to the data. An adversary can simply port mirror and run a packet capture to retrieve sensitive data in clear text. This undermines the promise of complete confidentiality that is one of the fundamental purposes of encryption and may also violate compliance laws in some industries and geographies.

SSL visibility appliances decrypt traffic and make it available to all other network security functions that need to inspect it, such as web proxies, data loss prevention systems and antivirus (see Figure 3).

The problem is that these devices increase capex and opex. In addition to the one-time cost, an SSL visibility appliance becomes yet another device in the network that needs to be managed, maintained and updated, with a configuration and rule base entirely different from other security devices. Instead, if one security device is used to decrypt traffic and broker it to all other complementary devices, there is no need to add SSL visibility appliances.

Where Should You Decrypt? The Recommendation

Organizations are replacing traditional legacy firewalls with next-generation firewalls at a fast clip. In fact, according to Gartner, "enterprise firewall" is now synonymous with NGFW. NGFWs include security functions, such as application and user control, intrusion prevention systems, URL filtering, network antivirus, and advanced malware analysis. Customers are using firewall refresh opportunities to consolidate multiple security devices into an NGFW to take advantage of the cost savings, enhanced security and ease of managing a single device. In addition, reducing devices and consolidating security functions dramatically reduces the complexity and time consumption of troubleshooting since the network topology is far simpler.

Figure 4: NGFWs with and without decryption

NGFWs are the most suitable devices to decrypt traffic, providing several advantages:

Not all NGFWs are equal, and unfortunately, it can be difficult to distinguish between firewalls with similar claims. It is important to have clear guidelines for evaluating an NGFW prior to purchase. This will ensure the firewall can support a comprehensive breach prevention strategy, which includes SSL decryption.

Refer to the "Firewall Buyer's Guide" for a list of all business requirements your next firewall should address as well as advice on how to create an RFP and a functional test plan to assist in the vendor and product selection process.

Here are the criteria to compare the SSL decryption capabilities of NGFWs:

It is best if your NGFW vendor has plans to support the following forward-looking trends, which are likely to become critical:

The Security Impact of HTTPS Interception

The University of Michigan, University of Illinois Urbana-Champaign and others published a 2017 study called "The Security Impact of HTTPS Interception" that examines the prevalence and impact of HTTPS interception by network security devices. The findings indicate that nearly all interceptions reduce connection security, and many introduce severe vulnerabilities.

This is of concern to network security administrators because the intention behind intercepting and decrypting HTTPS traffic is to gain visibility and control. The paper indicates several reasons why interceptions reduce connection security:

Therefore, it is critical to ensure that your NGFW:

In summary, decrypting traffic alone can weaken security. However, given due diligence while buying an NGFW, and if you follow best practices, decryption will not only provide you the necessary visibility into all traffic, but also protect you from adversaries that hide threats in encrypted tunnels.

How to Enable SSL Decryption: People, Process and Tools

Enabling SSL decryption is not just about having the right technology in place. A triad of people, process and tools must align and work together toward the same goal.

With an agreement between teams and a handle on the appropriate processes and tools, you can begin decrypting traffic. Follow these best practices for optimum results and to avoid common pitfalls: