What’s the Process for Using a Certificate?

If you're convinced that code signing is good for you and your software, then it's time to get a certificate and start signing. Understand that the process differs slightly depending upon the tools and type of software you're working with. For example, mobile devices often have specialized toolsets that must be used to both obtain and use the proper digital certificate. In the next few sections, I'll outline the basic steps as they apply to ordinary computer software.

The first step is to obtain a certificate. Specifically, you're looking for a Class 3 CodeSigning Certificate, which is distinct from the many other types of certificates offered.

Once issued, certificates are encoded with their allowed uses. It's certainly less expensive to obtain a Class 1 certificate, for example, but it won't be encoded with "code signing" as one of its uses—and therefore, your software code‐signing tools won't accept the certificate.

Typically, you'll request your certificate through a Web‐based interface. You'll enter key information, such as your contact information, organizational information, and payment information (if you're obtaining the certificate from a commercial Certification Authority—CA). The type of certificate you selected will typically determine the final delivery format.

Installing and Securing a Certificate

Delivered certificates are usually protected, either by a password, PIN, or some other secret that you set up during the certificate‐request process or that is delivered to you separately. During the installation (if you choose to do so), you will often be given an option to protect your certificate with a password. You should definitely do this. Failure to do so enables any software running on your computer to digitally sign code without your knowing, meaning malware could sign itself using your identity—making you seem responsible for anything malicious the code does.

Once installed, the certificate "lives" in your computer's certificate store, usually a protected area of storage where all kinds of certificates are kept. On Windows computers, this store is accessed (somewhat oddly) through the Internet Options Control Panel utility, as Figure 1 shows. 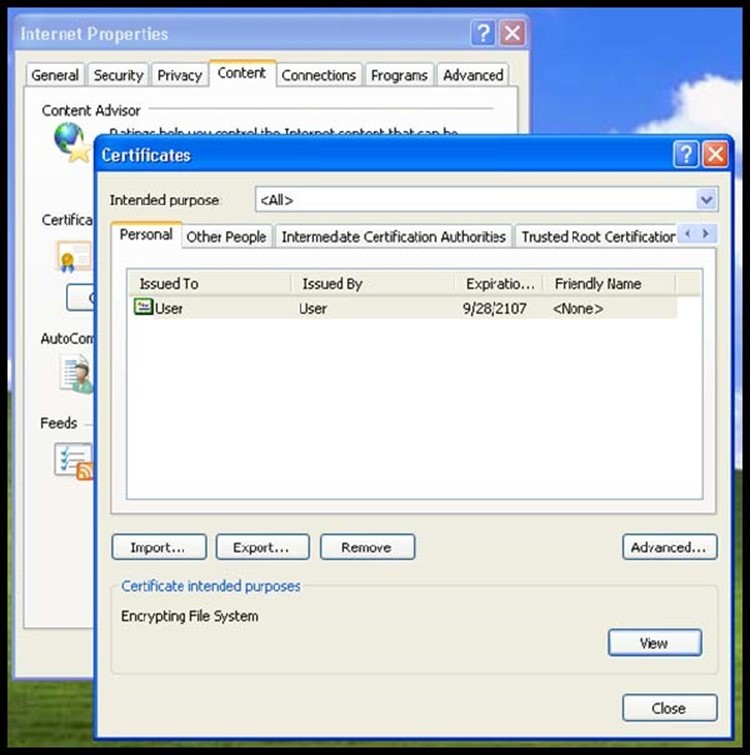 Figure 1: Viewing the certificates on a computer.

Note that Windows doesn't necessarily require a certificate to be installed in order to be used; it depends a bit on the version of Windows and what tool you're using to actually create the signature. In some cases, you might simply need to secure the .PVK and .SPC files—putting them onto an optical disc (CD) or USB key and storing them in a physical safe is a good precaution.

Different technologies, as I've stated, behave differently. For Java, for example, you need to first obtain the Java 2 Software Development Kit (SDK), which contains the Keytool and JarSigner tools that are used to manage certificates. You'll use Keytool to create a certificate store (called a keystore). From that, you use Keytool to generate a Certificate Signing Request (CSR), which is copied and pasted into your CA's Web site during the certificate request process. Your CA will deliver your certificate in a text file with a .P7B (or similar) filename extension; you then use Keytool to import that certificate into your keystore.

As you can see, different software technologies can vary greatly in how they require you to enroll and store your certificates; a good CA will provide detailed instructions for the different code‐signing technologies that they support.

Once you've received your certificate, it's time to use it. If you thought requesting a certificate varied across platforms, you can imagine how different the use of those certificates is across platforms! For example, versions of Windows prior to Vista relied upon a tool called SignTool.exe, which was included in the freely‐available Windows Platform SDK. After installing your certificate, you run signtool signwizard to begin a graphical "wizard" process that prompts you for your .SPC file and .PVK file, and then digitally signs the executable you've specified. On Windows Vista, you still use SignTool, although Vista doesn't utilize the .SPC and .PVK files. Instead, you'll have to select a certificate that has been installed on your computer as described earlier.

Note: SignTool.exe also allows you to test the signature of a file—always a good idea after you're done signing it—to make sure that the signature looks correct.

Java developers can sign a JAR file by using the JarSigner utility and can be used to verify the signed result.

The End Results of Signed Code

What matters most to users is that your code is signed, and there are a number of visual cues that can alert users to that fact—or let them know that code isn't signed. Keep in mind that merely signing code isn't sufficient; the user must also trust the CA that issued the signing certificate. In Windows, this list of trusted root CAs can be managed centrally through Group Policy in a domain environment or on individual computers managed through the Internet Options Control Panel application. As Figure 2 illustrates, Windows XP came preconfigured with a large number of trusted root CAs; later versions of Windows trust significantly fewer by default, leaving it up to users and corporate administrators to determine who they trust. 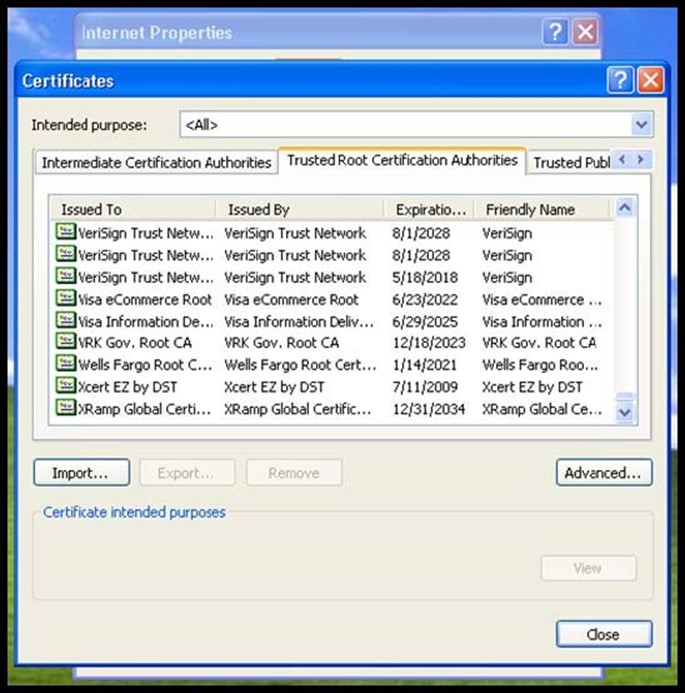 Figure 2: Reviewing the trusted root CAs on a Windows computer.

An application's signature contains the complete path, or chain, of CAs who issued the signing certificate—all the way back to the top‐level root CA. That top‐level root CA must be trusted by the client computer or the entire signature doesn't count.

The first article in this series illustrated one way in which desktop applications show their signatures; users can certainly check for this information on their own if they desire. But users don't need to be able to see an application's signature in order for that signature to affect them; Figure 3 illustrates Windows' SRP, with a new certificate‐based rule being created to allow applications that have been signed using a specified certificate. This type of whitelisting allows corporate administrators to more easily control the software that runs in their environment and to rely less on reactive anti‐software.

Software delivered over the Web has a much more visible impact on users. For example, Figure 4 shows how a user can download software from the Web and review its signature before deciding to actually run it. 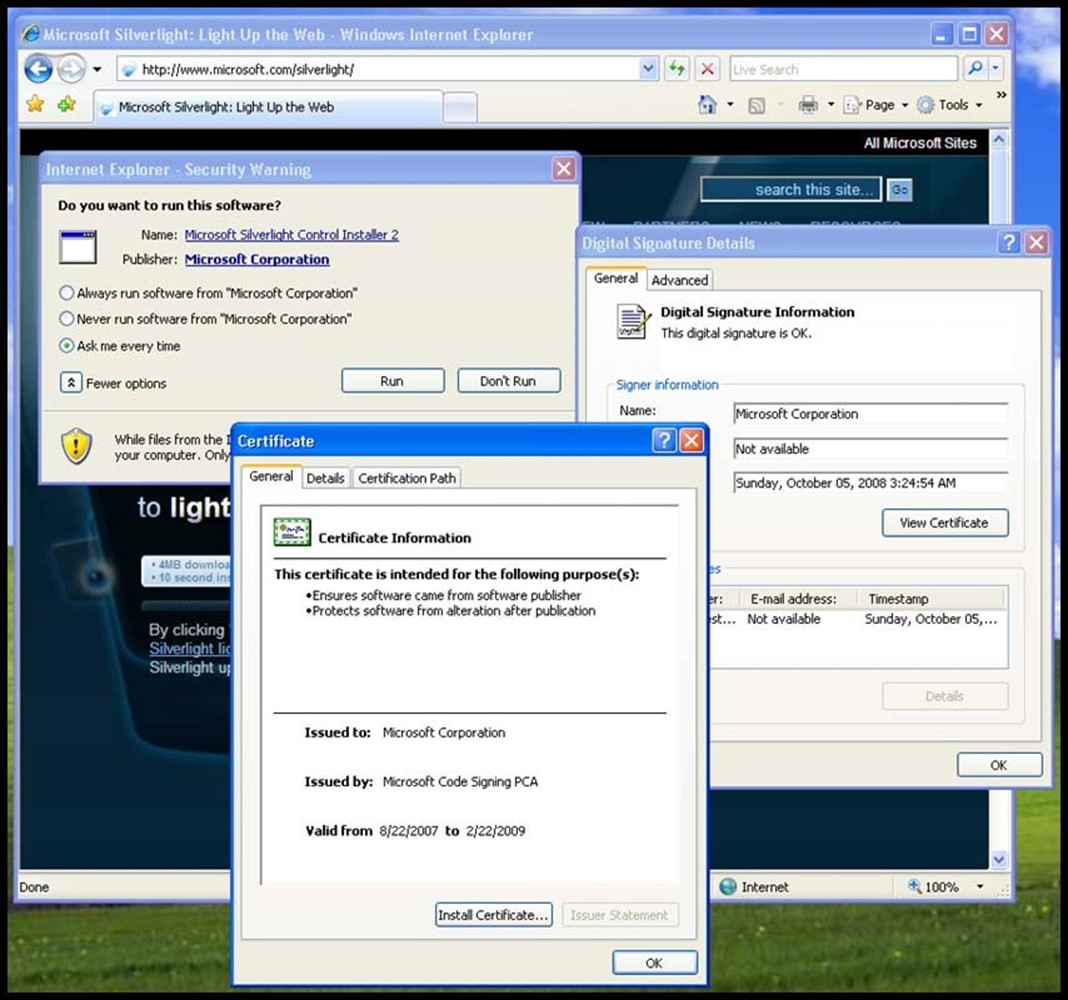 In other instances, as illustrated in Figure 5, information from signed code can be used to populate browser‐based notifications. In this example, the notification extracts the publisher's identity (Microsoft Corporation) and displays it as part of the notification, helping the user decide whether they trust that publisher. 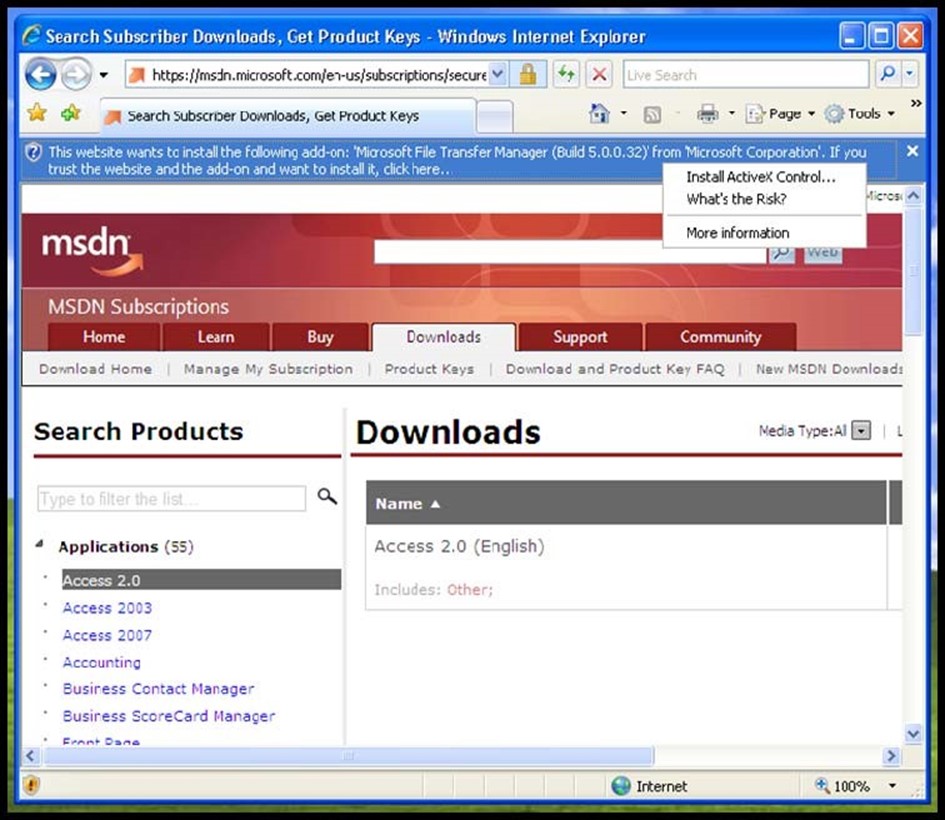